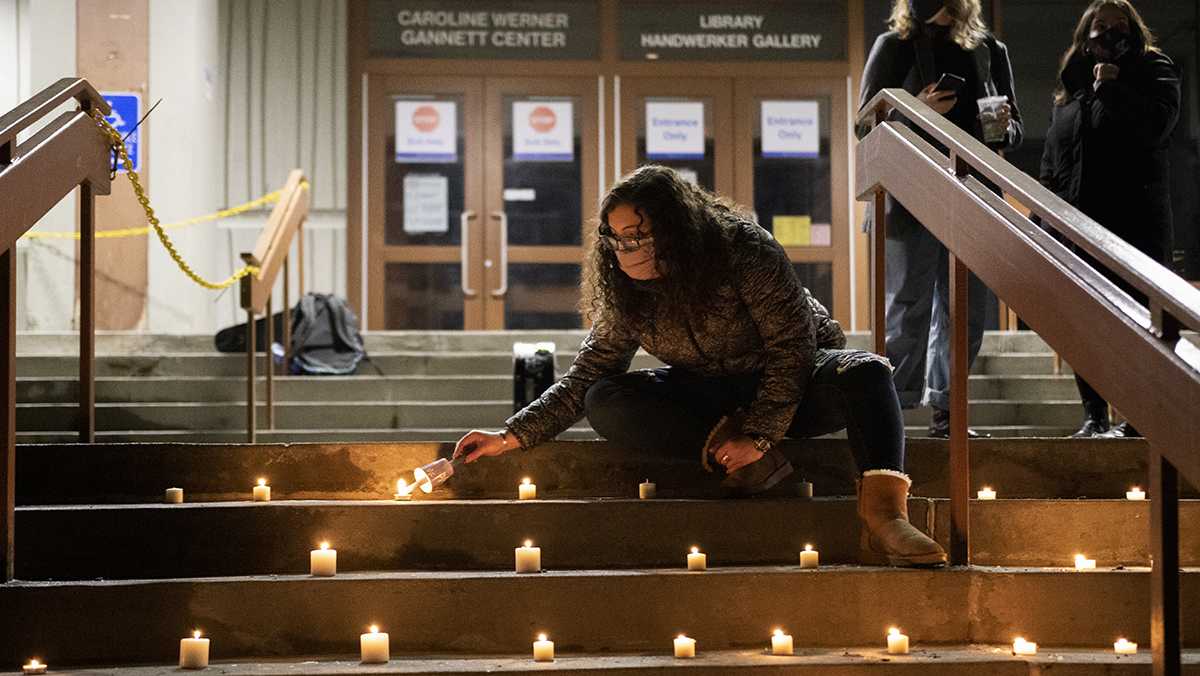 Ash Bailot/The Ithacan
Senior Shoshanna Maniscalco lights candles at a Feb. 24 vigil by the library in honor of faculty members who will be terminated.
By Alyshia Korba — Assistant News Editor
Published: February 25, 2021 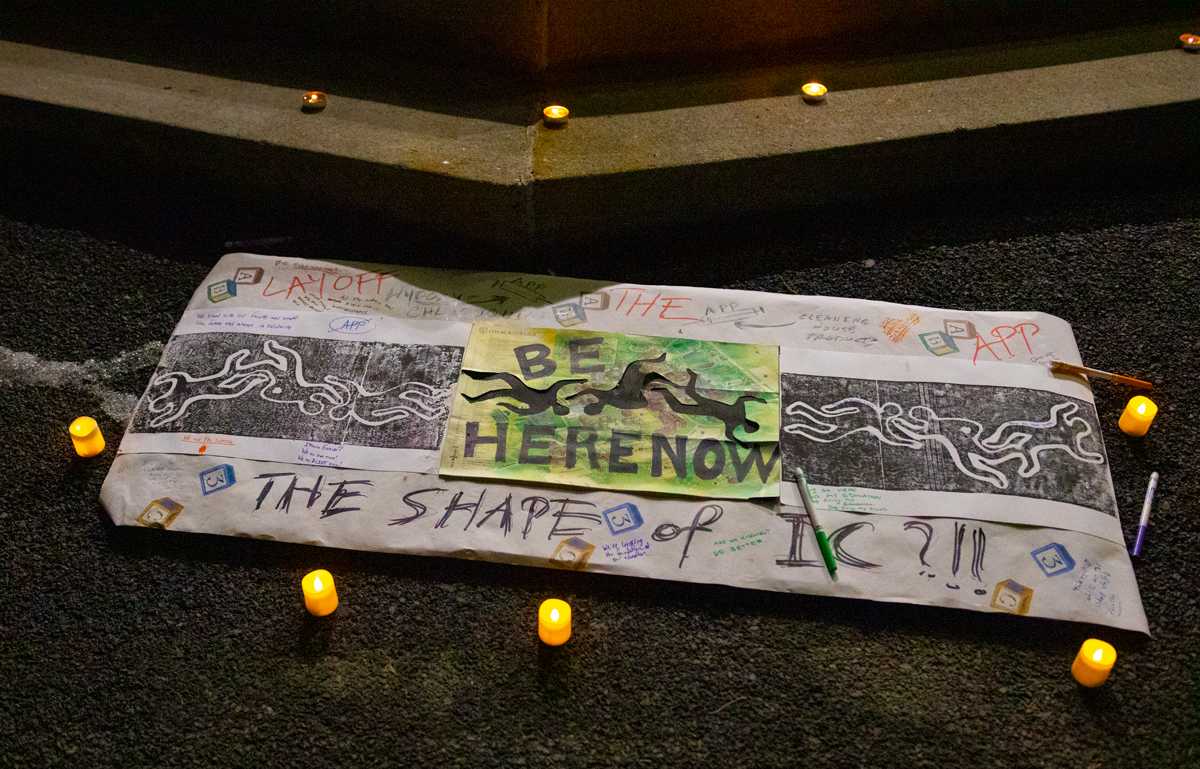 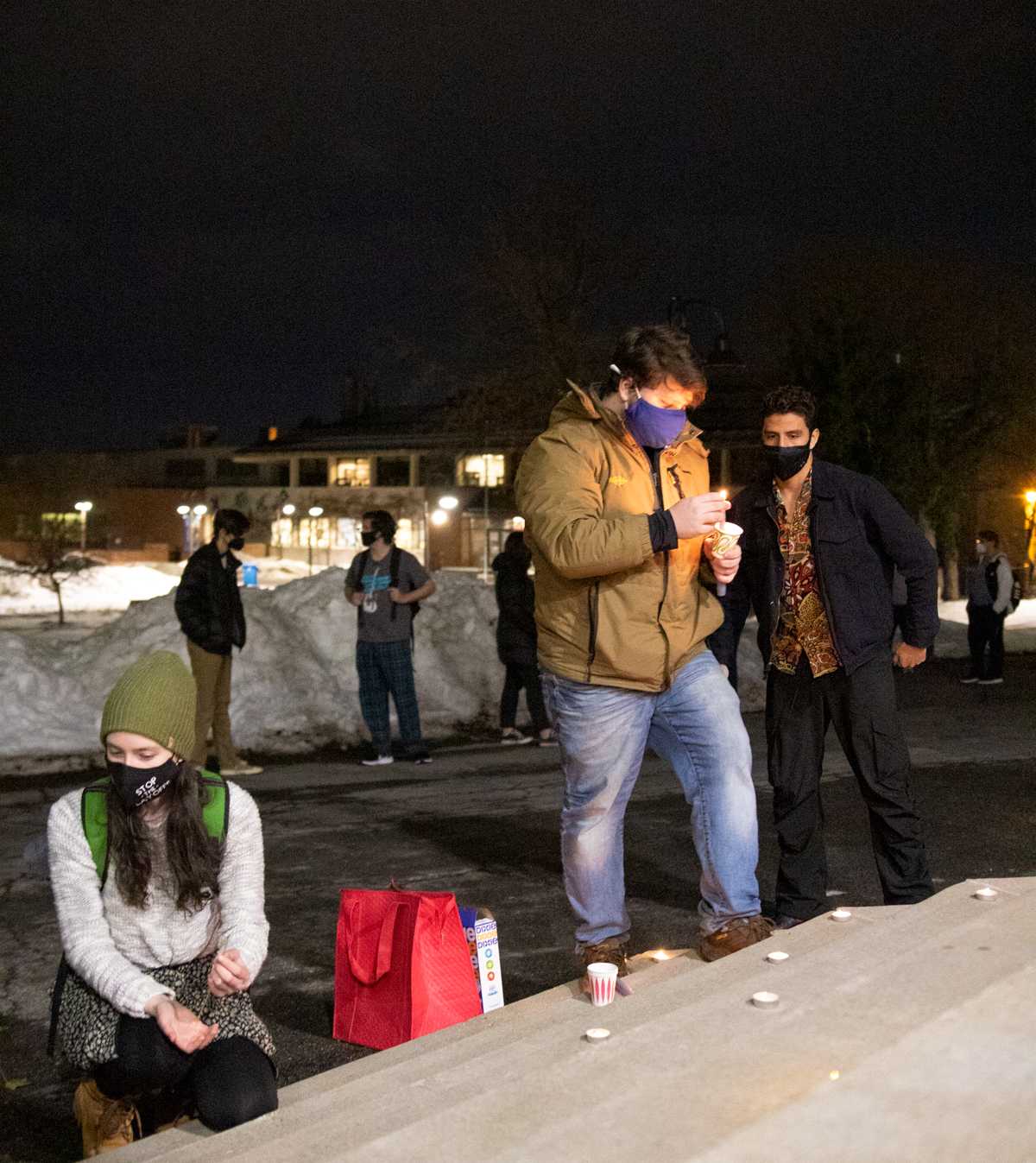 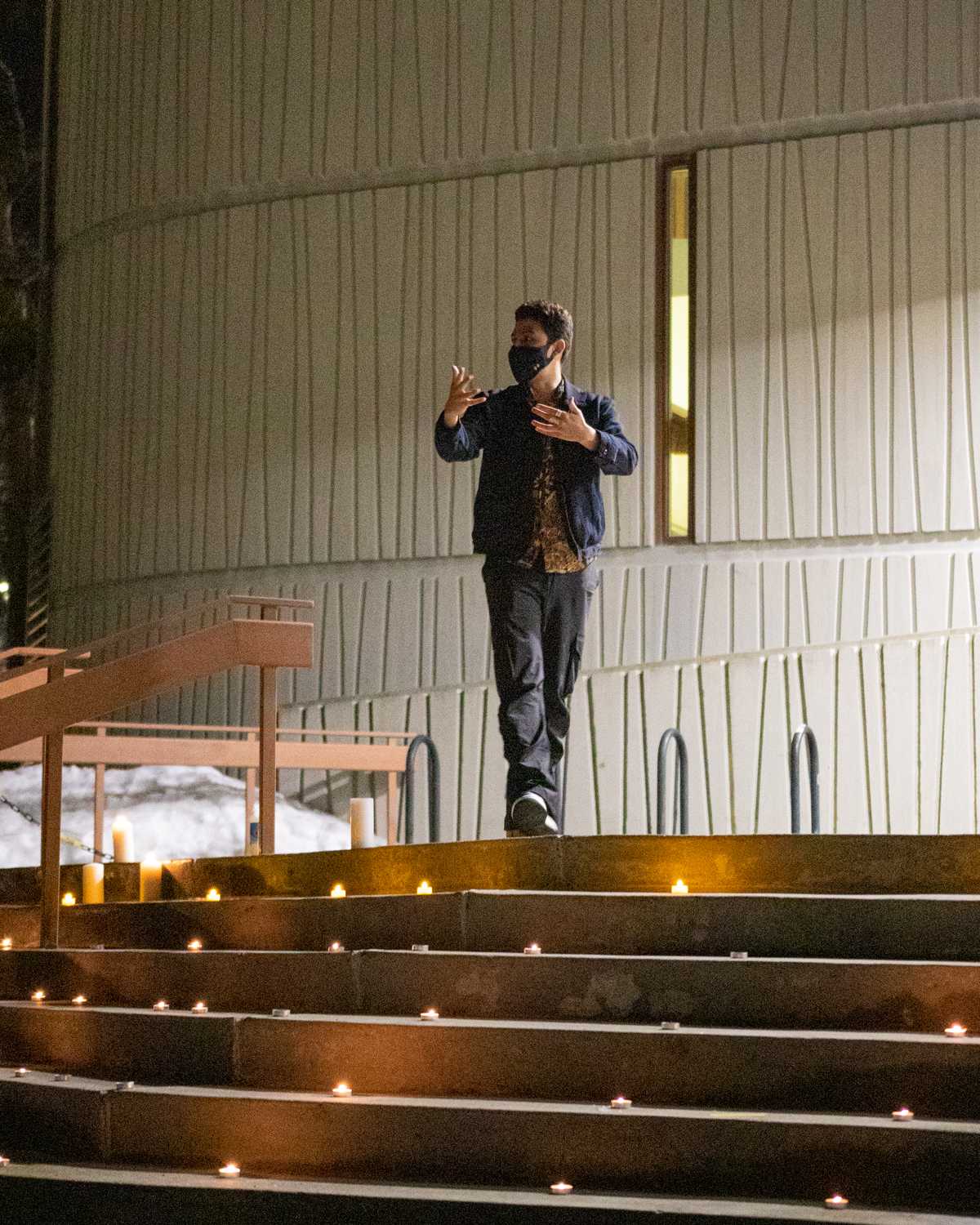 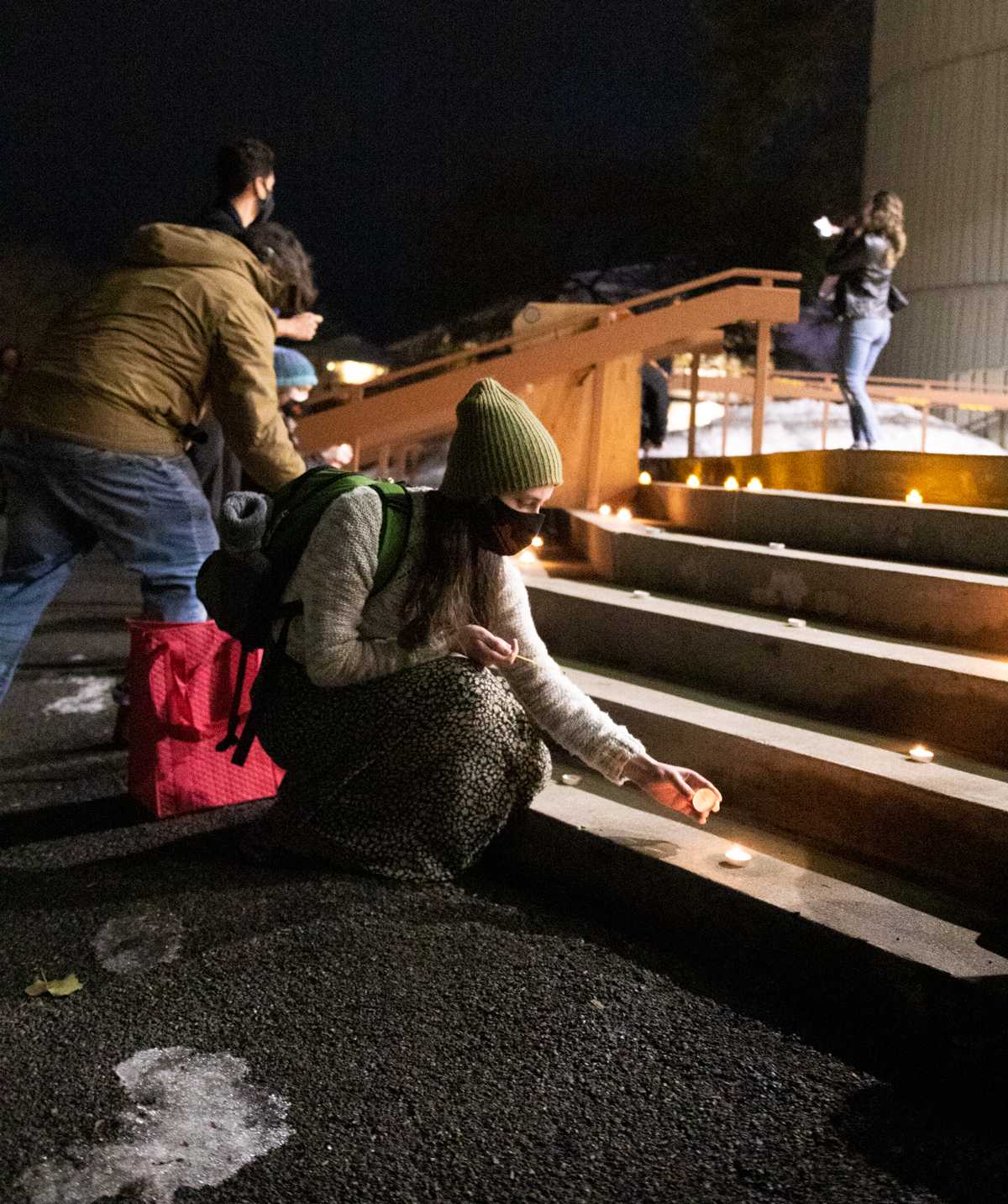 Candles lit up the stairs of the Ithaca College Library on Feb. 24 as students took turns saying goodbye to professors who are losing their jobs as a result of the Academic Program Prioritization (APP) process.

The Open the Books coalition organized a candlelight vigil to honor the faculty members whose positions are being eliminated. Approximately 75 students and faculty members attended. The college is eliminating 116 full-time equivalent (FTE) faculty positions as recommended by the Academic Program Prioritization Implementation Committee (APPIC) in the “Shape of the College” document. President Shirley M. Collado and La Jerne Cornish, provost and senior vice president for academic affairs, announced Feb. 24 that they are accepting these recommendations.

The Open the Books coalition is a group of college community members that advocates for financial transparency from the college. Throughout Fall 2020 and Spring 2021, the group has held protests and created displays to spread its message. Fewer than 10 people protested earlier in the day Feb. 24 outside the Peggy Ryan Williams Center.

Junior Ryan Ingerson spoke at the vigil and said that with being back on campus, he feels like he cannot ignore the issues facing the college.

“All the problems of Ithaca that I was able to ignore are put right in front of me now, looking at a failing business when I go to a business school, no soul when we are based on a music conservatory,” Ingerson said.

Members of Open the Books then read a series of statements submitted by people who could not attend at the vigil.

In one vigil statement, sophomore Meabh Cadigan said Dyani Taff, lecturer in the Department of English, helped them find their place at the college. Cadigan said they felt like an outsider at the college until Taff encouraged them to pursue a degree in English. Taff’s position at the college is set to be eliminated as a result of the APP.

“They ask for my money while kicking the mentor I had to get me here to the curb,” Cadigan said. “It’s cruel, and I think I speak for more than myself when I say that this process has left a permanent scar on this community. I don’t know how to trust an administration that demands more money from me while ousting my mentors, the people who kept me here in this community in the first place.”

Organizers then read the names of the faculty members who have disclosed that their positions are being eliminated and followed this reading with a minute of silence.

“I just want you to remember one thing — this isn’t just about the number of professors,” said senior Agnes Scotti, Class of 2021 senator for the Student Governance Council. “It’s about every single professor that’s being fired. Even if there was one that was being fired, we would still be on the streets marching for them because every single one of them counts.”

Senior Chris Griswold said he believes students should not have to take on the responsibility of protesting and advocating for their professors’ jobs.

“We’re here lighting candles, drawing on the sidewalk, reading off names when the administration hasn’t shown their faces on this campus in days because they’re terrified of being confronted with the humans whose lives they’ve f—– up,” Griswold said. “I hope that keeps them up at night.”