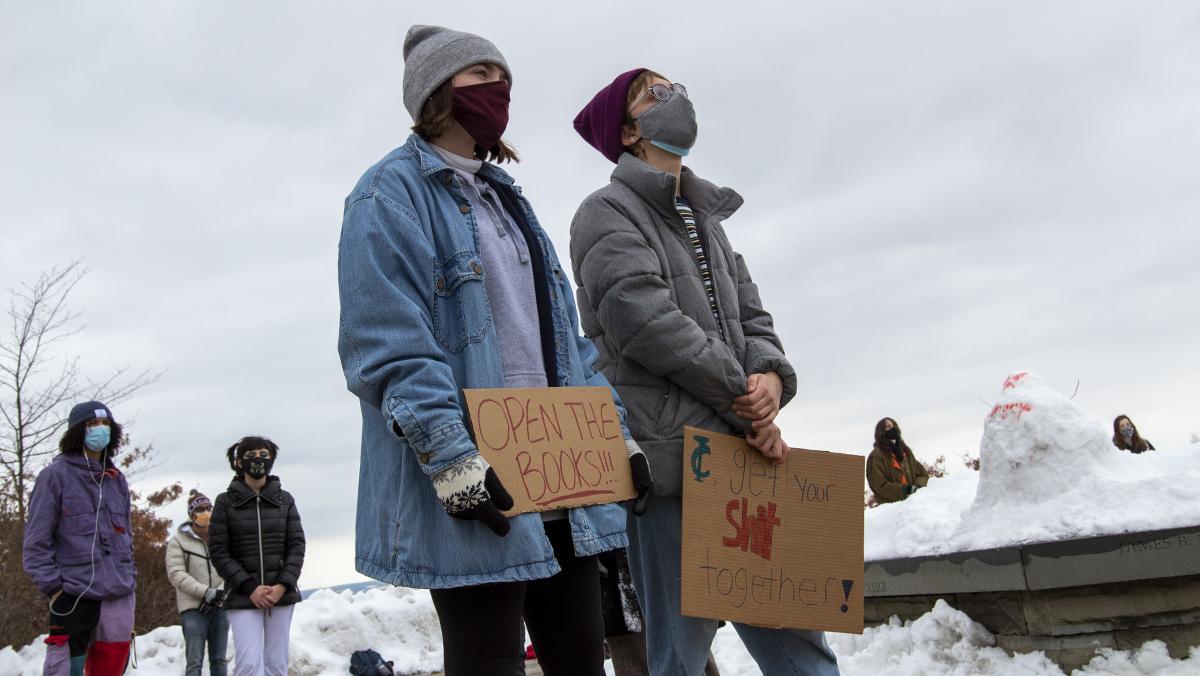 The Open the Books coalition’s latest protest Feb. 19 took advantage of the snow-covered campus by building snowmen as a way to demand financial transparency from the Ithaca College administration outside the Peggy Ryan Williams (PRW) Center.

The coalition formed in response to the Academic Program Prioritization (APP) process. As a part of the APP process, the college is recommending that 116 full-time equivalent (FTE) faculty positions and 26 majors, programs and departments be eliminated. The coalition is asking the college to share financial information to justify these cuts. This was the group’s fourth protest since the college announced the cuts in October. Previously, the coalition has protested at the entrance of the college and made a display of signs and writings at the PRW Center.

Approximately 30 protesters gathered outside the PRW Center with signs and dyes to write messages in the snow. Attendees built snowmen outside the building and gave speeches. Senior Chris Griswold said the group wants to show the Senior Leadership Team (SLT) that the coalition is not going to go away.

“We figured we would gather to show creatively that we’re still here, that we’re still pissed off about it, that we’re ready to stand up for our faculty and staff in the face of bureaucracy that doesn’t care about human beings,” Griswold said. “We’re going to make sure that they can’t not think about us day in and day out.”

Along with Griswold, six other people addressed the crowd and shared their experiences with professors, frustration with the APP and concerns about the college’s priorities. One of the speakers, junior Autumn Michels, said she believes the college should be prioritizing the quality of students’ education and the lives of college employees.

“If you want to make money, why don’t you invest your f—— money into the teachers?” Michels said. “We should be paying respect to the people like Juan [Arroyo, assistant professor in the Department of Politics] who have been here for [20] years. … Like, what do you say to that? What do you say to people who are just being driven off like that? We say open the books.” 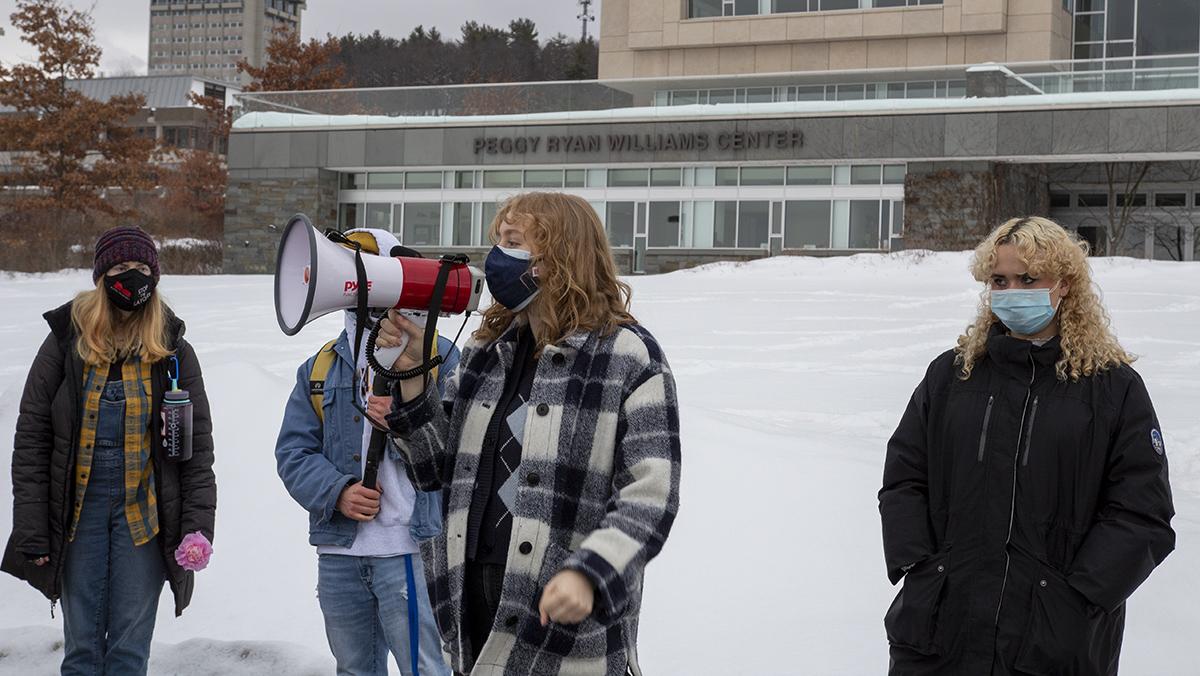 Students gathered to build snow people outside of the Peggy Ryan Williams Center on Feb. 19 to represent the faculty being cut due to the APP. Mikayla Elwell/The Ithacan 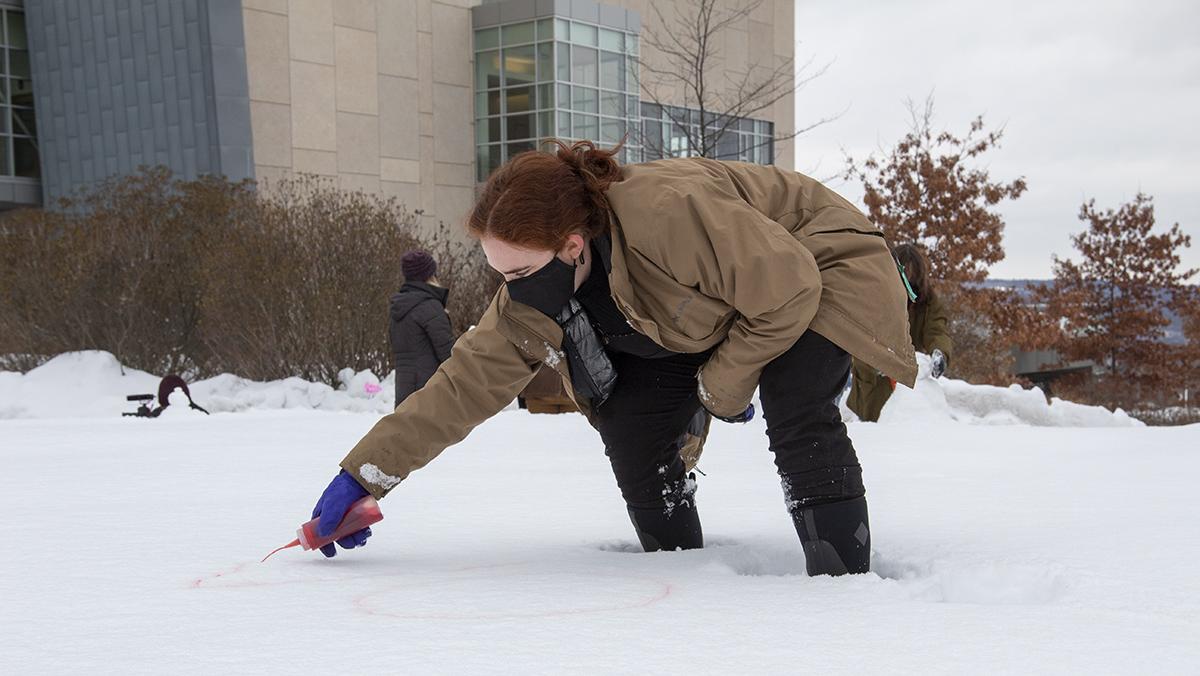 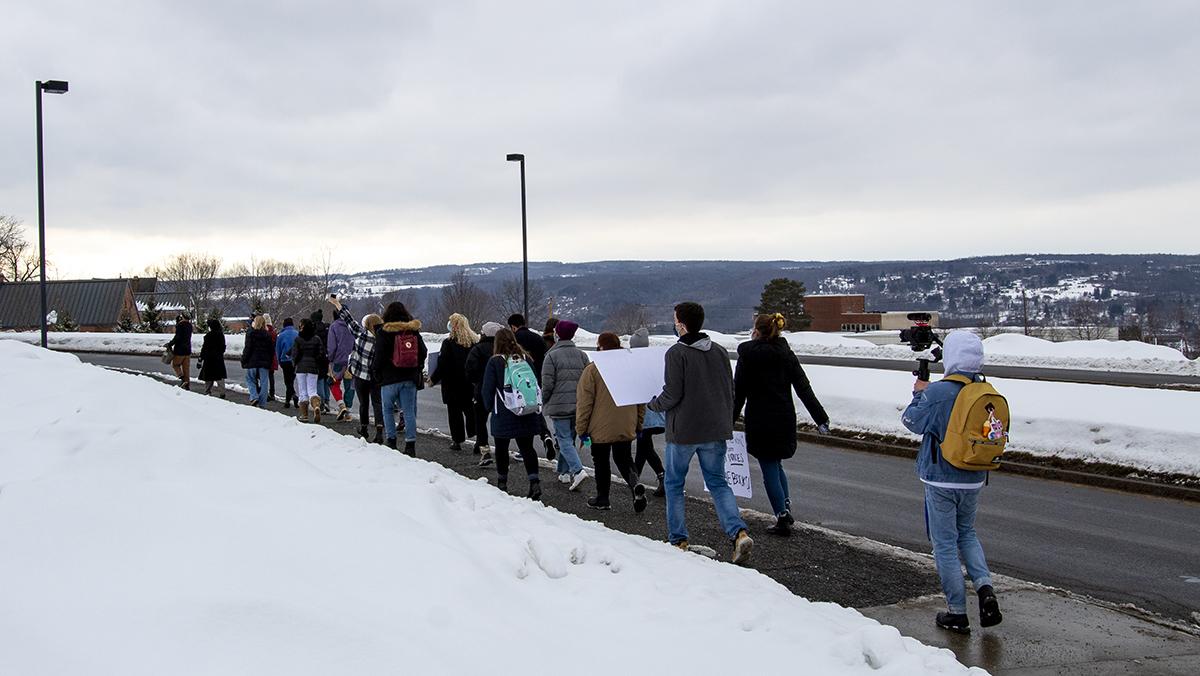 Students relocated from the flower garden to directly outside the windows of the Peggy Ryan Willams Center to chant their message to anyone in the building on Feb. 19. Mikayla Elwell/The Ithacan 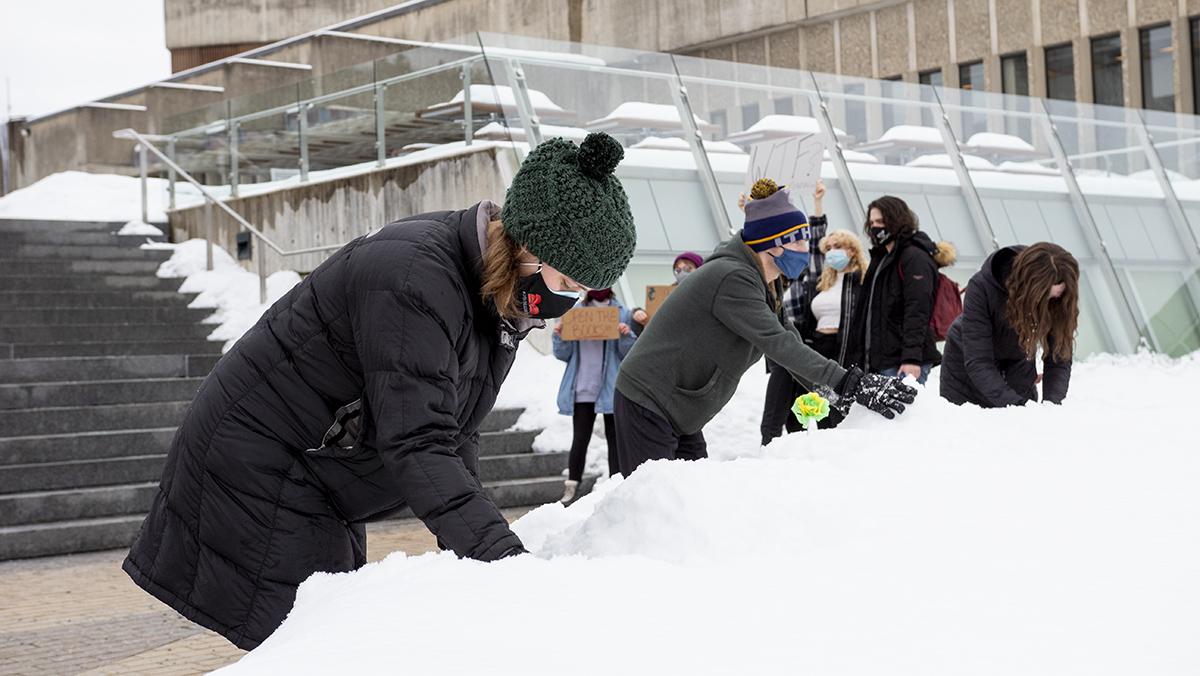 Several of the speakers discussed specific professors who are recommended to be eliminated. Sophomore Julia DiGeronimo said she was upset to hear that Fae Dremock, assistant professor in the Department of Environmental Studies and Sciences, was recommended for termination. She said Dremock had a major impact on her education.

“How can they be firing and not caring about these people who are the reason that we’re here?” DiGeronimo said. “Fae was the reason that I got through COVID. All these professors took care of us, and now the institution just doesn’t care. And how can we be going somewhere where they just don’t care about us? And then they’re firing the people who do?”

Junior Ana Maria Arroyo, daughter of Juan Arroyo, spoke at the protest about the importance of supporting the faculty at the college.

“What are they trying to turn us into?” Arroyo said. “They’re cutting the things that we love because they want this to be a business just like the rest of corporate America. We don’t accept that because this is our home, this is our institution and these are our families, even if it’s not your dad, even if it’s not your mom, these are your people. And they’re our people. And that’s why we’re here.”

Griswold said the coalition plans to continue to protest, even if it does not affect Collado and Cornish’s decision. He said the group is in the process of planning more protests and new ways to get their message to the administration.

“This doesn’t end after March 1 when the proposed final plan is going to be signed by the provost and the president,” Griswold said. “I don’t have much faith that they’re going to listen to us between now and then. I think a lot of us don’t. I think a lot of us have lost faith, have no confidence in this administration to do what’s right, but that doesn’t mean we have to stop fighting.”