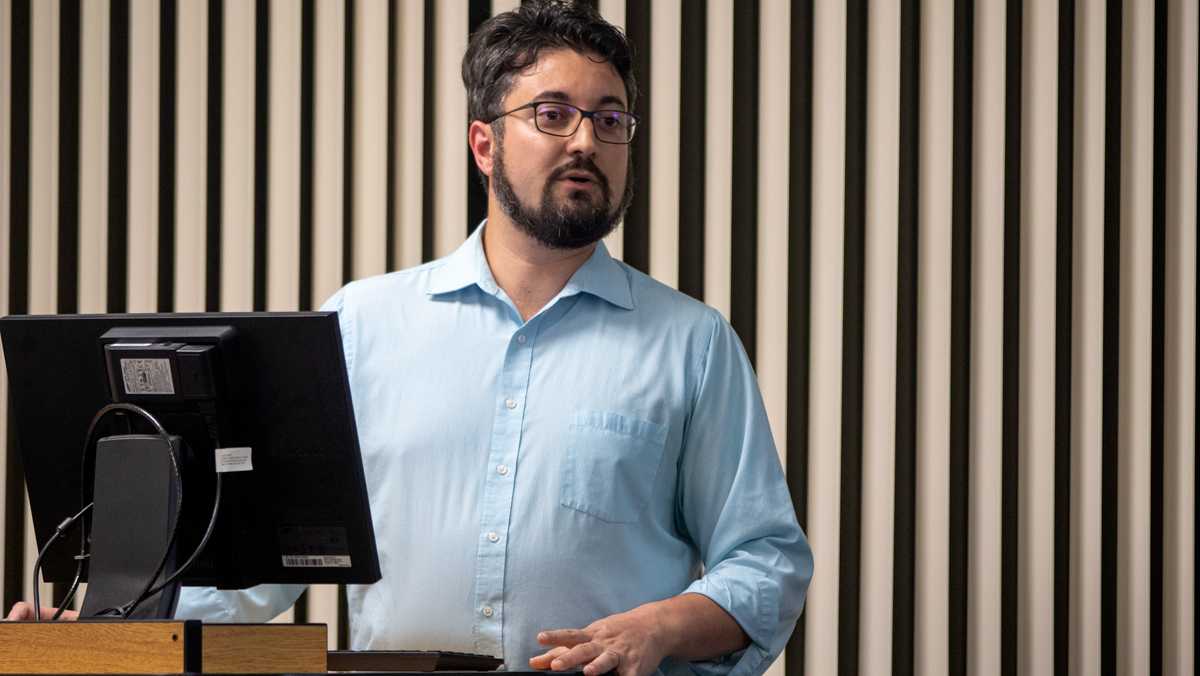 Maxine Hansford/The Ithacan
Costa joined the college in September 2018, and his last day will be Sept. 4. Pringle, who retired in June 2019, preceded Costa in these roles.
By Alexis Manore — News Editor
Published: August 21, 2020

Guilherme Costa, vice president for legal affairs, general counsel and secretary to the Ithaca College Board of Trustees, is leaving Ithaca College.

Costa is leaving the college to take the role of Senior Associate Vice President and Deputy University Secretary in the Office of the Board of Trustees at Syracuse University in Syracuse, New York. Costa joined the college in September 2018, and his last day will be Sept. 4. Nancy Pringle, former executive vice president and senior advisor to the president, is returning to the college as interim vice president for legal affairs, general counsel and secretary to the board of trustees following Costa’s departure. Pringle, who retired in June 2019, preceded Costa in these roles.

“Guilherme has been a valued member of my senior leadership team, giving wise counsel not just from a legal standpoint, but also from a moral and ethical perspective,” President Shirley M. Collado wrote in an announcement. “Both the board and I will miss his expertise as well as the deeply caring personal and professional approach he brought to our work together.”

The duties for the positions of vice president for legal affairs and general counsel and secretary for the board of trustees entail overseeing the Division of Legal Affairs. It also includes providing support and legal, risk management, compliance and insurance advice to the president, board of trustees, senior leadership team, faculty and staff.

Costa said that his time at the college has been professionally and personally rewarding.

“I want to thank the Board of Trustees, President Collado, the Senior Leadership Team, and countless other members of the IC Community for the dedicated and student-centered work that we have done together to advance Ithaca College and for their friendship,” he said via email.