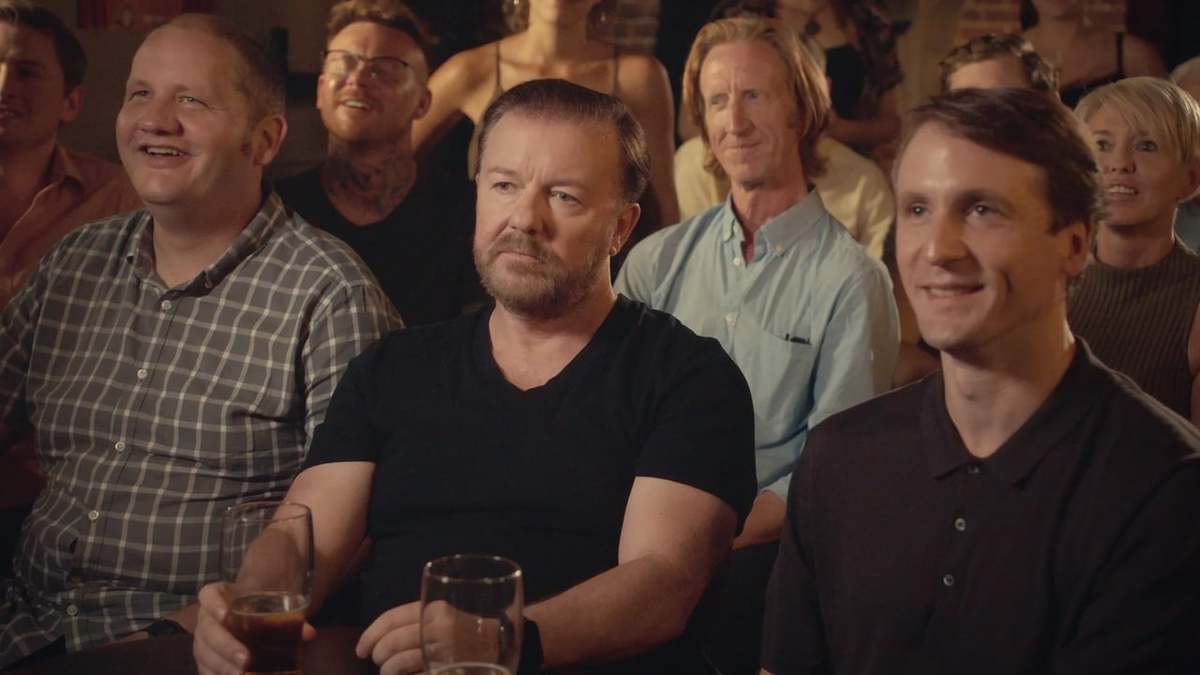 Netflix
"After Life" deals with the struggles of mental illness head-on and approaches the topic with a refreshing combination of respect and honesty. The humor, storytelling and characters move "After Life" to be one of Netflix's most successful pieces of mental health media.
By Avery Alexander
Published: March 18, 2019

Media covering mental illness is often touchy. Even with recent movements to normalize mental health struggles, mainstream culture still ignores and ostracizes topics like suicide and depression. It is this societal deficit that makes television shows like “After Life” so crucial.

“After Life” is a short Netflix series that follows the life of Tony (Ricky Gervais), a journalist who is struggling with suicidal thoughts and depression in the aftermath of his wife’s death. Everyone around Tony urges him to feel happy and move on, but instead of going through the work of healing, Tony reserves himself to his hopelessness and begins to treat everyone around him horribly. He goes around town saying whatever he wants — no matter how hurtful — and acting like he is the only person in the world with any problems. Tony figures if he is hostile to every single person he meets, eventually no one will care if he ends his life or not.

This show takes a refreshingly direct approach to conversations about mental illness. Instead of tiptoeing around the issue, “After Life” dives straight in, digging deep into the muck of the matter. “After Life” isn’t afraid to say, “Hey, life is messy.” In fact, “After Life” throws itself into the messiness, dishing out one crass quip about depression after the other. Not once does the show pull any punches. The writers knew what they were doing, and their unabashed approach to the material gives “After Life” a major leg up when compared to other pieces of media about the same topic.

Aside from the series’ blatant approach to discussing mental illness, “After Life” makes a point of normalizing it as well. This is done through the ways the characters conduct themselves. Besides Tony, there is a cast of very mundane people living mundane lives. But “mundane” is not an insult here. The normal lives of the characters and the ways they interact with Tony’s grief feel organic and real. Instead of being a colorful cast of wacky characters — an aesthetic that works well in other shows — the people in Tony’s life are easy to understand. The characters exist to give Tony more complexity, but they still each stand out for their own reasons. These pleasantly mundane people being accepting of Tony despite his struggles makes it clear to the viewer how mental illness is actually dealt with in the real world. Mental illness and the fight against suicidal thoughts is not always loud and passionate like media typically makes it out to be. Rather, the struggles of people with mental illness can be quiet and secretly self–destructive. Unlike other shows, “After Life” shows Tony’s battle as being often misunderstood by outsiders and quietly shouldered by Tony himself and his closest friends.

The laid-back approach to the portrayal of side characters also makes each and every person on–screen relatable and funny. By the end of the show, the viewer is made to feel closer to all of the characters, no matter how much or how little screen time they have.

Often where television and movies go wrong with portraying mental illness is by making mentally ill people look completely and utterly hopeless. It is true that some sufferers can have a difficult time finding reasons to live, but media completely brushes over the fact that people with suicidal thoughts often find small, seemingly insignificant reasons to live on every day. A popular piece of advice therapists will give patients is to find one thing to live every time hopeless thoughts creep in. “After Life” does an amazing job at showing this through Tony. At many points throughout the series, Tony finds himself in the early motions of a suicide attempt — sitting in the bathtub with a sharp object, or walking himself into the ocean — but every time, he takes a breath and finds something around him to stay alive for. In Tony’s case, he generally uses his pet dog and nephew as reasons to stick around. With these tools, “After Life” is able to challenge the social stigmas surrounding mental illness, particularly in men. Honing in closely and purposefully on Tony’s human relationships and using stark humor — like when a man tells Tony to keep his dog on a leash and Tony responds by calling the guy fat and nosy, followed by a gasp-worthy swear — to get the point across are both convincing and effective ways to spark a conversation about mental illness as a whole. Netflix’s history with mental–health media hasn’t always been the greatest — exhibit A, the controversy surrounding the insensitivity of “13 Reasons Why,” which is another Netflix show that portrays a young girl who dies of suicide as vengeful and selfish — but “After Life” is the beginning of Netflix redeeming its reputation in the mental health conversation.