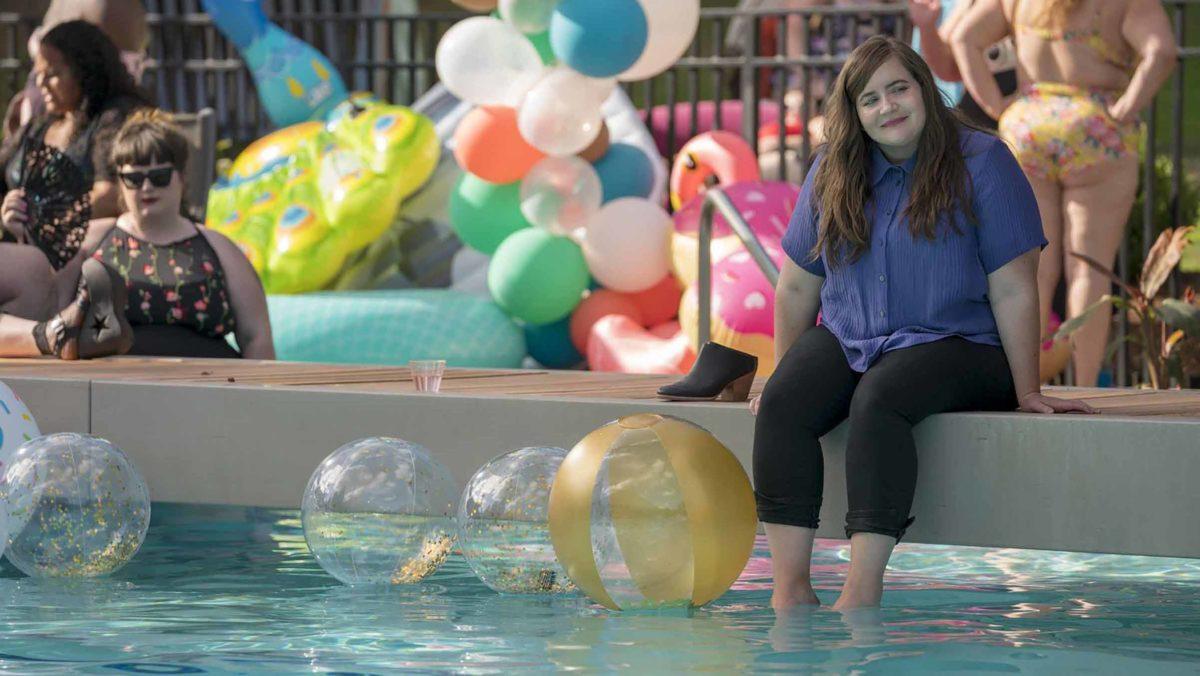 Hulu
"Shrill" follows the life of the spunky and wildly relatable Annie, who goes on a journey of self discovery. Unlike Annie, who is a powerhouse character that truly connects with the audience, the side characters tend to lack the same appeal.
By Liza Gillespie
Published: March 24, 2019

The first season of “Shrill” is best described as a sweet and slow character study about discovering self-worth and the selfishness that can accompany it.

The series traces this journey of self-actualization through Annie (Aidy Bryant), a writer at an alternative weekly newspaper in Portland, Oregon, who has a habit of letting everyone take advantage of her. Her boss doesn’t take her or her pitches seriously, her current hookup partner won’t commit and her mother shoots passive aggressive comments about her weight to her at every opportunity. When the story begins, Annie is just about at the breaking point, and the season follows her as she learns to assert herself and shows the positive and negative repercussions.

The show is adapted from author Lindy West’s memoir, “Shrill: Notes From A Loud Woman,” and similarly spotlights themes of misogyny and fatphobia and what life looks like as a woman who is constantly confronted with both. The show addresses the ways Annie’s weight affects her life in a range of serious and authentic ways. From strangers who relay their concern over her health to her on the street to an emotional and impactful monologue about the horror she faced at childhood pool parties, “Shrill” doesn’t underplay the significance of her weight in Annie’s identity.

However, what’s refreshing is that, despite her weight playing a part in her identity, Annie’s weight doesn’t solely define her relationships, goals or character arc. Better yet, Annie doesn’t feel bad for herself but instead devotes her energy to making her life better. The show treats the serious subjects gently but smartly and doesn’t dwell on them, saving itself from easily morphing into melodrama. The show’s comedic moments also help it to touch upon heavy topics without coming off like a public service announcement. The season sets up a comfortable balance between the harsh elements of Annie’s life, like dealing with hateful internet trolls, and the happy ones, like Annie writing her first article, without underplaying either facet of her life.

The run is noticeably short with only six episodes, each around a half–hour long, but it doesn’t feel terse. Despite the brevity, Annie’s story doesn’t feel rushed and, in fact, paces Annie’s arc in a slow and effective way that lets every microaggression she experiences or mistake she makes sit with her. The impact of every event Annie goes through is owed to the quick and comprehensive establishment of her character in the very first episode. Annie’s damaging passivity and determination to end it are introduced quickly and fully,an introduction that makes her an easy character to understand and root for early on. It also helps that Bryant is easily the most appealing element to the show and that her subdued humor and charisma shadow the less appealing, on-the-nose dialogue.

However, the show’s short runtime does hurt its supporting characters. Due to the tender care and attention paid to Annie, her surrounding world suffers from a lack of development. In contrast to Annie, who, even as her content of character dwindles, remains likable, her bully of a boss Gabe (John Cameron Mitchell) and unambitious boyfriend Ryan (Luka Jones) lack the same multiple dimensions. Both Gabe and Ryan are too easy to dislike, and this is extra apparent considering how subtle and nuanced Annie’s story is. Annie’s charming roommate Fran (Lolly Adefope) feels similarly unappreciated, despite her sharp and blunt one-liners being some of the season’s comedic high-points.Ultimately, Annie’s arc is what the season is about and the only element that receives adequate attention. Fortunately, Annie is a character worth spotlighting. She’s bold and she’s funny, but a lot of the time she’s wrong, and “Shrill” shines in depicting the shades of gray in a story centered on changing for the better.