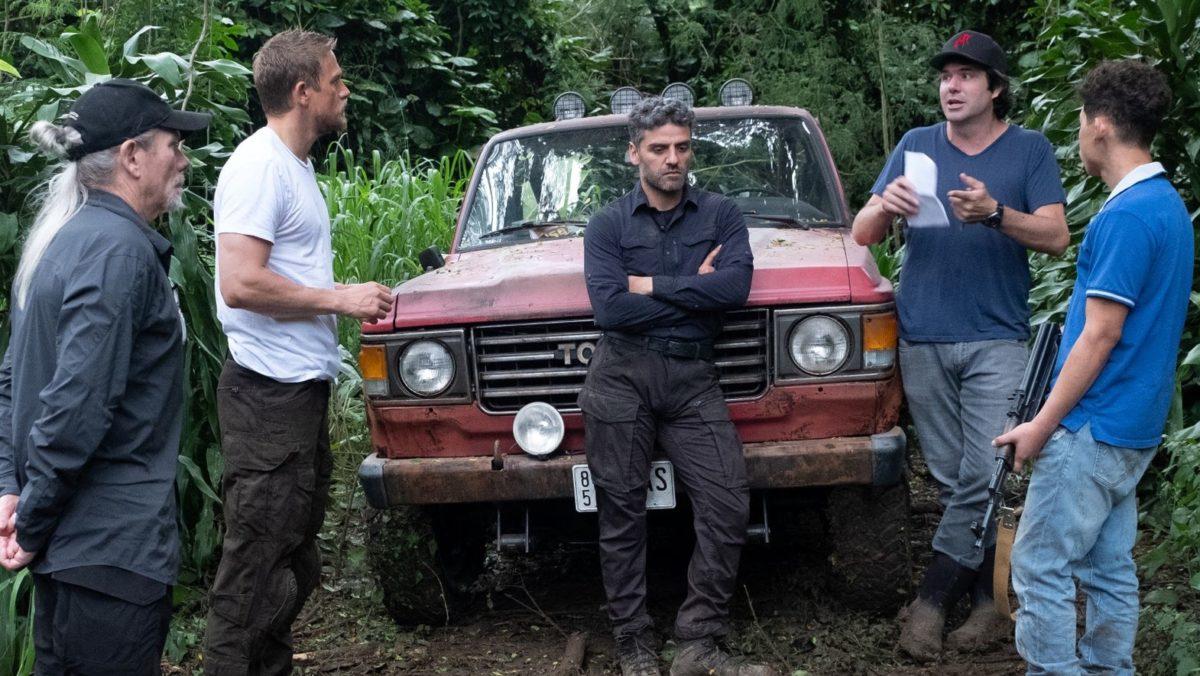 Atlas Entertainment
"Triple Frontier" fights to make characters and relationships seem relatable and genuine, yet falls short of that goal. The movie feels shallow and scattered, leaving it disappointingly far from achieving its true potential.
By Arleigh Rodgers
Published: March 24, 2019

“Triple Frontier” is shaped by three things — a cataclysmic heist feat, bitter ex-soldiers and the blurry setting in which director J.C. Chandor has placed these events. Chandor banks on an explosive opening sequence to spur the film’s story, in which Santiago (Oscar Isaac), a police officer combating drug crimes in Colombia, uses the actions of a local and powerful drug lord to recruit his old war buddies to join him in a fail-safe robbery of the drug lord’s house. There are hundreds of millions of dollars waiting for the men inside the house, and Santiago, it seems, has everything tightly organized.

Though the title refers to the border that Argentina, Brazil and Paraguay share, the movie could arbitrarily take place in any South American country. The film doesn’t spare a moment to substantiate the parts of South America in which the action takes place, and the setting subsequently becomes a hazy, exotic wasteland rather than something to intrigue the audience. An audience’s interest is vital to any story, but it is particularly necessary for “Triple Frontier,” as it is the threat to Colombia’s economic and physical safety that prompts Santiago to action. Without a connection to the setting or to its people, something about Santiago’s motive feels feigned, as if the heist is meant to fulfill a personal desire rather than an act of public service.

And, well, the audience finds out very quickly that this mission is rooted in personal gain and that Santiago is not, as the film will continue to insist, a Robin Hood by nature. Although the preface to Santiago’s plan, as well as the heist itself, may not have been fool-proof, the camaraderie between Santiago and his fellow soldiers is built with excellence. Santiago confronts Tom (Ben Affleck) on his recruitment tour first. Santiago said to Tom that, on the battlefield, they once held pride in the power and strength they wielded as soldiers. But they go unrecognized now, veterans of a war forgotten by the home they’ve returned to. They bear no resemblance to the war that shaped them, their bitter scars run deep. Santiago sees this heist job as an opportunity to win back the pride he and his friends should have retained when they returned home from war.

More than the other characters, Tom carries a heavy bitterness, something that is revealed both by Affleck’s hardened performance and by Tom’s failing real estate career. Affleck balances nimbly between hesitancy and desire, making Tom’s decision more careful than an impulsive thirst for a couple of extra bucks in his pocket. But the itch of cash stashed just beyond their reach affects Tom despite his meticulousness. His thorough planning is, perhaps, the cover for something more volatile waiting patiently to erupt. And when Affleck decides to unearth Tom’s mercurial temperament, he sways the actions of the other characters for the worse.

Isaac portrays Santiago in a similar vein, but his impetuousness is displayed in calculated eruptions, a stark contrast to Affleck’s Tom. Affleck and Isaac are perhaps the only two wholly satisfying elements of the film, as their charismatic friendship allows them to flourish while their fellow ex-soldiers lack genuine substance.

The film desperately wants the audience to believe in the tight-knit folds of the heist group — the ex-war pals in need of recognition — but little connects these characters besides the shroud of patriotism that truly enfolds their selfish desires. When things turn seriously violent and sour for the protagonists, the film attempts to rationalize the character’s outwardly inviting demeanors while at once presenting the irrational actions they take. It’s difficult to follow, as a viewer, when the film asks the audience to see so clearly the contradictions.

As members of the group toe the line between discomfort and hysteria, the movie follows suit, and the film quickly descends into a banal stretch of minutes in which the action sequences take the place of a conclusive ending, one in which neither something satisfactory nor upsetting happens. It’s not clear whether the ending is meant to be uplifting, even as the music soars and the credits roll because the events before have proven so sullen and horrific. Perhaps those final moments, and not the heist itself, are meant to wash away the actions of the past — that the group’s final act together is their unifying cause. Yet, as the film so often reminds its viewers, it’s difficult to ignore the moments of the past. And so, the only past the audience remembers is that of the film. The trite ending, the scattered middle and the shallow foundation only affirm the film’s dysfunctional design.