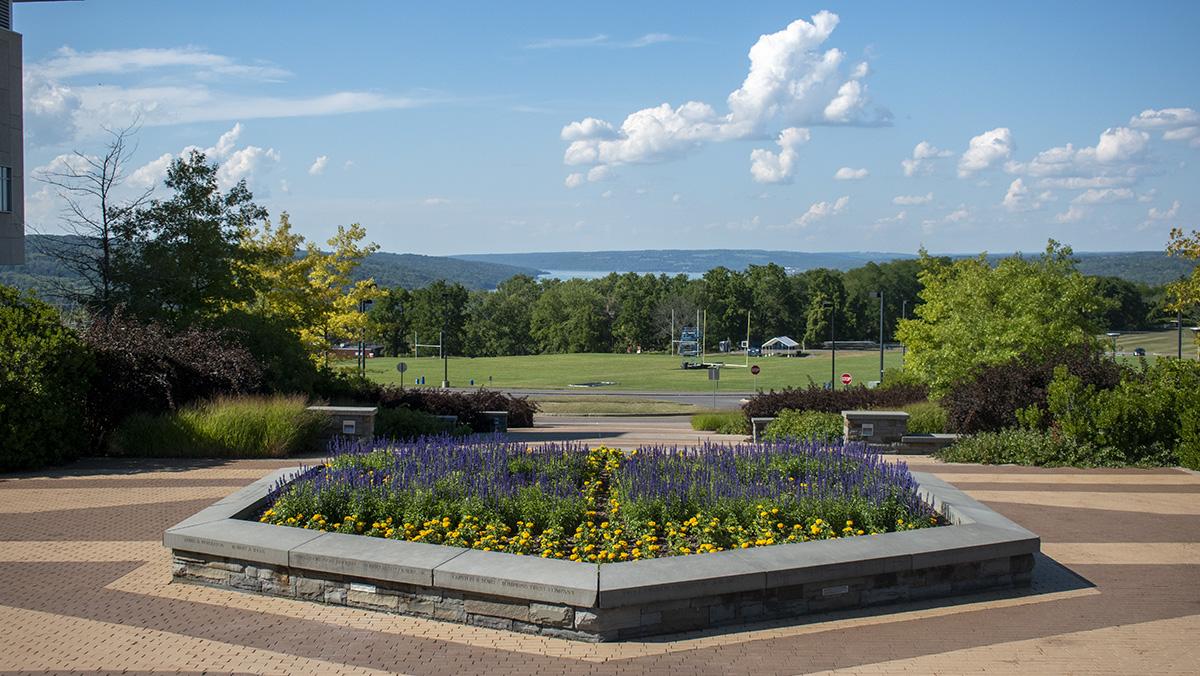 The Ithaca Festival returned to the community after two years of cancellations because of the COVID-19 pandemic with its traditional parade the night of June 2. Many people attended to watch or participate in the parade which consisted of performers, musicians, sports teams and local schools, among other groups — all of whom traveled among or on top of floats that drove from Cayuga Street to Buffalo Street in celebration. The celebrations continued from June 3 through June 5 with vendors and live music on The Commons.

The Tompkins County Sheriff’s Office (TCSO) began a pilot program July 5 that directly works with non-emergency calls. This program is one part of the Reimagining Public Safety initiative and is slated to run for three years. The program is composed of “sheriff clerks” who are unarmed citizens that do not hold any status or power that a police officer would have. The goal of the sheriff clerks is to better utilize emergency resources for actual emergencies while still helping and addressing non-emergency calls. There are seven types of non-emergency calls that a sheriff clerk would respond to, including car vs. deer motor vehicle accidents, traffic complaints that are not actively occurring, property complaints, vacant property checks, telephone scams, fraud or larceny and noise complaints. The sheriff clerks are within the road patrol unit and are supervised by road patrol sergeants.

City of Ithaca named a sanctuary for reproductive rights and health

Following the initial leak of the Supreme Court’s draft to overturn Roe v. Wade in early May, the Ithaca Common Council unanimously voted to make the city a sanctuary for abortions and reproductive healthcare July 6. This vote came about after Alderperson Robert Cantelmo submitted an ordinance on behalf of protecting reproductive rights in the area. The ordinance prohibits city employees from working with outside jurisdictions or punishing those who travel to Ithaca for an abortion from another state where abortion is currently illegal. Ithaca implemented the ordinance immediately after the vote. Jorge DeFendini, a Common Council member, said he thinks the efforts Ithaca has made to support reproductive healthcare should be a model for other cities to follow, according to the Ithaca Voice.

The 30th Finger Lakes GrassRoots Festival of Music and Dance took place July 21–24 at the Trumansburg Fairgrounds. More than 75 music bands and artists performed live to thousands of festival-goers. This was the festival’s first year back in full swing without vaccination, mask or social-distancing requirements since the start of the COVID-19 pandemic. The Ithaca Voice reported higher attendance this year than in 2019, which was when the last full-sized festival was held.

The first case of Monkeypox in Tompkins County was reported by the Ithaca Voice on July 19, the second case July 28 and the third and most recent case Aug. 9. The county first released a warning with information about the viral infection July 1, when cases in New York state were on the rise at 86 total cases. As of Aug. 19, the New York State Department of Health reported 2,798 confirmed cases. The Centers for Disease Control and Prevention (CDC) are calling the unexpected spread of Monkeypox an outbreak because the virus has spread into countries like the United States that have not had cases of Monkeypox before now. The U.S. Department of Health and Human Services declared Monkeypox a national health emergency Aug. 4.

The Tompkins County Sheriff’s Office released its annual report for 2021 on June 23, 2022. The document included the uniform crime report for 2021, which shows how many crimes were committed in Tompkins County broken down by category of incident. According to the report, the total number of crimes in Tompkins County decreased from 1,948 in 2020 to 1,743 in 2021. However, the county saw increases in a number of individual categories, including kidnapping/abduction, aggravated assault, burglary/breaking and entering and other larceny. The greatest reported increase was in incidents of impersonation, with 25 incidents reported in 2020 and 87 incidents reported in 2021. According to the Fast Law Firm, in New York, criminal impersonation refers to impersonating another person to benefit themselves or harm someone else, or giving false identifying information to a police officer. The greatest reported decrease was in incidents of drug/narcotic violations, with 128 reported incidents in 2020 and 58 reported incidents in 2021.

Starbucks location closed in June after unionization in Spring 2022

Following the unionization of all Starbucks’ in the Ithaca area in spring 2022, as previously reported by The Ithacan, the corporation closed its Collegetown location June 10. According to the Ithaca Voice, many interpreted this closure as a response to the unionization efforts and considered it union-busting due to its proximity to the unionization. At its July 6 meeting, Ithaca Common Council approved a resolution to reach out to both the Starbucks corporation and the National Labor Relations Board to reopen the store and investigate Starbucks for union-busting.

The Special Olympics of New York State Summer Games were held in Ithaca on June 24 and 25. According to the Ithaca Times, Ithaca’s Special Olympics Committee has been advocating for the city to host the event since 2015 and will host the event in 2023 and 2024 as well. Many of the competitions were held at Ithaca College as well as other locations throughout the city. According to the Ithaca Times, nearly 1,200 athletes participated in the event.