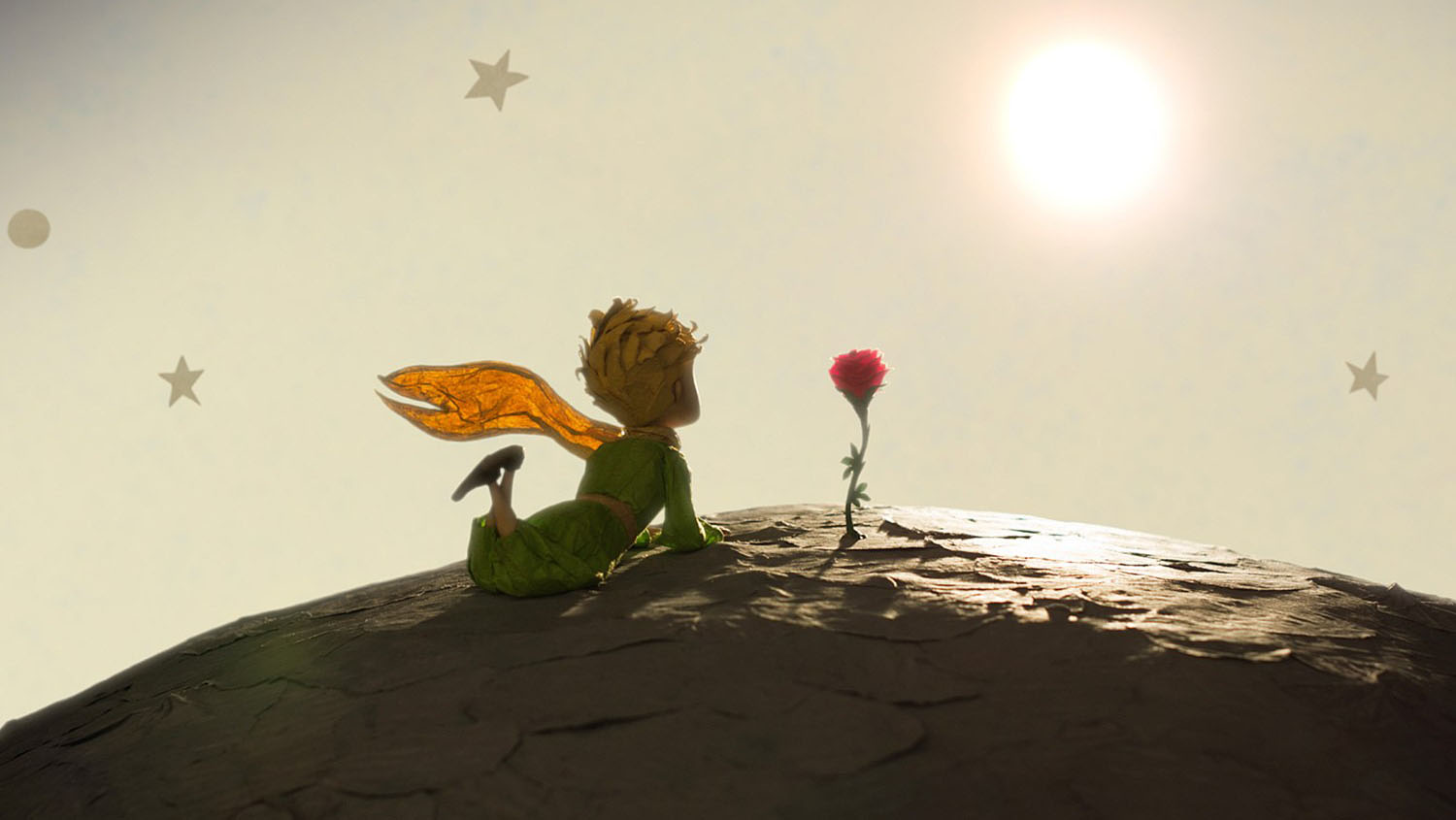 Paramount Pictures
In “The Little Prince”, the Aviator (Jeff Bridges) tells the classic tale of the Prince to the Little Girl (Mackenzie Foy) in the stop-motion film remake of the classic childhood novel of the same name by Antoine de Saint-Exupéry.
By Jake Leary — Contributing Writer
Published: September 4, 2016

It’s easy for an adult to become disenchanted with children’s cinema. With the notable exceptions of Disney and Pixar films, many of today’s animated features lack heart, brains, style or combination of the three. It comes as a surprise and delight that Netflix’s “The Little Prince,” based on the classic work of Antoine de Saint-Exupéry, delivers such a rich range of emotion, moral and visual complexity. This complexity is evident in “Prince” — each chapter of the Prince’s quest, from his home on the minuscule Asteroid B-612 to the vast expanse of the Sahara Desert, is rendered in stop–motion. The characters look and move like models in a child’s papier–mache diorama — simply hewn, yet full of heart.

Despite a warm reception from the Cannes Film Festival and general enthusiasm from the public, Paramount Pictures, the American distributor, dropped the film barely a week before its March 18 release date. The sudden abandonment left many scratching their heads, and to this day, Paramount’s motivation is unknown. Director Marc Osborne took to Twitter to quell the fears of eager fans: “All I can say is #thelittleprince will in fact be released by another distributor later this year.” Sure enough, it was announced that Netflix had acquired the rights and would release it on its streaming service Aug. 5.

The story begins with the Little Girl (Mackenzie Foy) and her mother (Rachel McAdams) as they move into a new neighborhood to start the Girl’s path to a perfect adulthood. Every second of her day is strictly predetermined, every action part of a larger goal. The relationship between mother and daughter is akin to that of a puppet master and her marionette. The Girl manages to stay on track until, through a nearly life-ending incident, she meets the eccentric Aviator (Jeff Bridges). Bridges acts as the gateway into the world of the Little Prince, spinning an abridged version of his galaxy-spanning journey. Given as a brief synopsis, “The Little Prince” sounds duly derivative of dozens of other children’s stories — the quirky mentor, the inspirational truisms, the acceptance of cruel reality. What sets the “The Little Prince” apart is not the content of the plot but the way it builds upon Saint-Exupéry’s classic story. Though the novella focuses solely on the Aviator in the desert as the Prince recounts his story, the film inserts the Girl and her mother with great success — new characters and set pieces fit seamlessly into the cast of familiar characters. The finished product comes across not as a straight adaptation but rather as a love letter to the source material.

Even the typical computer-generated animation stands head and shoulders above that of its peers. Colors pop, characters emote with realistic accuracy, and the whimsical design of the third act is straight out of a youthful fantasy. A sorrowful, subdued score and nuanced voice acting come together to convey the awe and tragedy of the Girl’s and the Prince’s parallel journeys. The audience never feels belittled, particularly as Jeff Bridges’ Aviator struggles to defend his eccentric worldview; you can hear doubt behind every word of his impassioned speech.

This is the greatest strength of “The Little Prince” — its ability to recall the imagined worlds of childhood. It encourages the audience to take pause and revel in the impossible; to return to those youthful fantasies in which no star was too distant, no dream too unattainable. Adults, parents in particular, are the subject of the Prince’s quirky questions and unbounded philosophy — he is the representation of all the wonder we used to feel before we forgot how. “The Little Prince” manages to transcend age; it reminds adults what they’ve lost and children why they must never let go.

“The Little Prince” is the new gold standard for animation in American films. It manages to be sweet without being saccharine, and to be mature without being grim, all the while philosophizing without preaching.