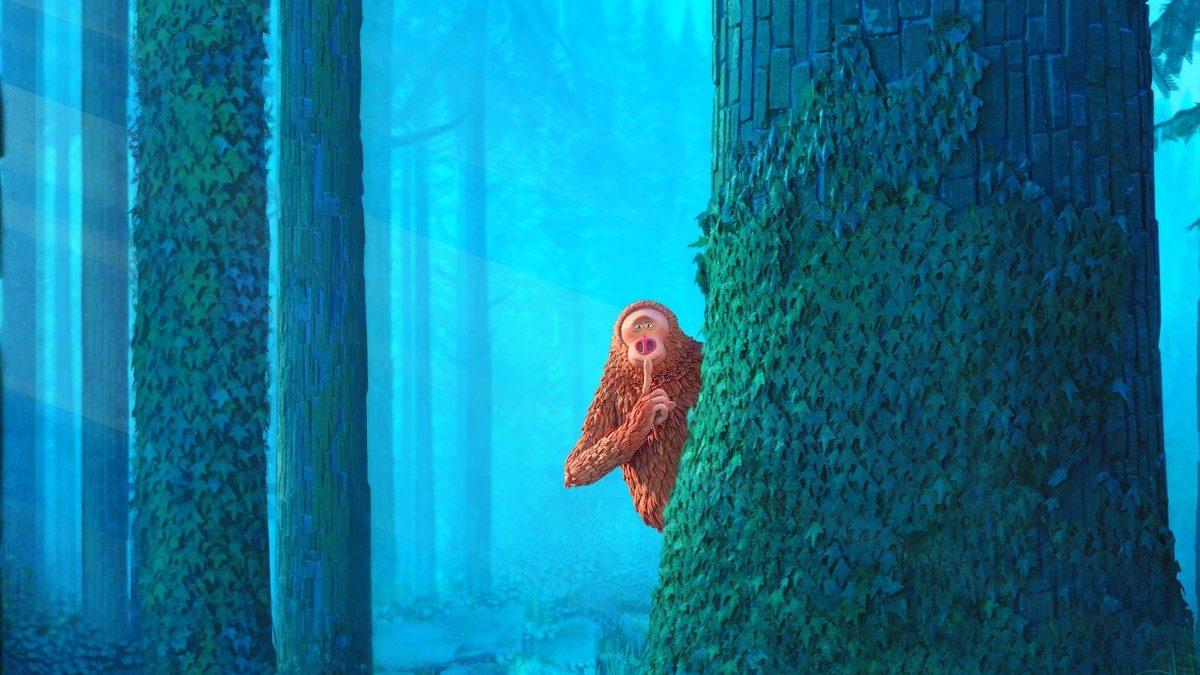 “Missing Link” is a visually spectacular stop-motion film about friendship and finding one’s place in the world.

The Victorian-era animated adventure film was released April 12 and produced by Laika, an American stop-motion animation studio known for “Coraline,” “ParaNorman” and “The Boxtrolls.”

On a quest for fame and greatness, Sir Lionel Frost (Hugh Jackman) will do anything to be accepted into a London society of “great men.” He searches the globe for previously unknown creatures, hoping to prove his worth to the rest of the world and join the society. In a bid to be accepted, he promises to return with proof of a missing link in human evolution thanks to a letter he received directing him to the forests of the Pacific Northwest. There he meets Susan (Zach Galifianakis), a well-spoken, literate, eight-foot-tall, 630-pound sasquatch living alone, the last of his kind. From there, the pair embarks on a journey to the Himalayas, Susan hoping to find a home among his Yeti cousins and Lionel hoping to achieve greatness through proof of Susan’s existence.

Considering the amount of work that goes into every second of screen time in a stop-motion film, it’s hard to imagine a more daunting task than creating such a visually stunning film as “Missing Link.” The sets are incredible, from the deep, forested teal of the Pacific Northwest to the snowy Himalayan mountains. Stunning scenery isn’t something one would expect from a stop-motion film, but the visual effects take precedence. The film is reminiscent of Fantastic Mr. Fox, of course in the stop-motion charm but also in the tweed-heavy costume design and the orange hues present throughout the film — Nike even released an Air Max 1 based on Susan’s deep orange fur and green vest. The strongest aspect of “Missing Link” is its visuals, with the plot and characters falling slightly behind.

The fight scenes are incredible — from Lionel’s battle with the Loch Ness monster to a gold-mining town bar-brawl, the flow and reactions are wild for a stop-motion film. However, the frequent action scenes take away from time that could be spent developing relationships between the characters. Lionel’s relationship with Susan is not thoroughly developed — the plot favored exciting action scenes over moments where Lionel could’ve been learning and growing from his new friend.

From the very beginning, Lionel is annoyingly smooth and arrogant. His one goal in life is to join a society of great men led by the villainous Lord Piggot-Dunceby (Stephen Fry), who doesn’t believe in creatures like the Loch Ness monster and Bigfoot. In Lionel’s search for greatness, fame and fortune, he ignores the needs of people around him and even lets them get hurt.

The bumbling and endearing Susan is naive, gentle and nervous. He assumes the best of everyone and craves connection. He has a matter-of-fact attitude and takes everything literally — many of the laugh-out-loud moments involve Susan taking a request or an order too literally, resulting in chaos. His naivete allows Lionel to take advantage of him. Lionel initially doesn’t care about Susan; he just helps him in exchange for proof of his existence. It’s difficult and frustrating to watch Lionel be a terrible person to Susan for the majority of the film.

Lionel lacks empathy for the people around him, even treating Susan more like a servant than a travel companion. He develops the most as a character, though not by himself. It takes pushing from his ex-girlfriend Adelina Fortnight (Zoe Saldana) and kindness from Susan to get Lionel to change his outlook on life. His self-centered desire to be admired by the world is eventually replaced by satisfaction from meaningful relationships.

Along the journey to the Himalayas, Adelina does the bulk of the work for Lionel in order to make him realize his own selfishness. She encourages him to connect with Susan and reconsider his burning desire to join the London society of “great men.” He doesn’t provide anything for her except a reason to leave her empty home in the southwestern U.S. and embark on an adventure. She does the majority of the emotional heavy-lifting for Lionel, who develops by finally renouncing the society and realizing the value in friendships. Although Lionel seemingly changes for the better, the few heartfelt moments don’t quite hit the mark.

The film is a physical journey at its most basic level but also an emotional journey. Lionel and Susan discover friendship, teamwork and empathy in a world that’s against them, though the animation and design far surpass the character development.