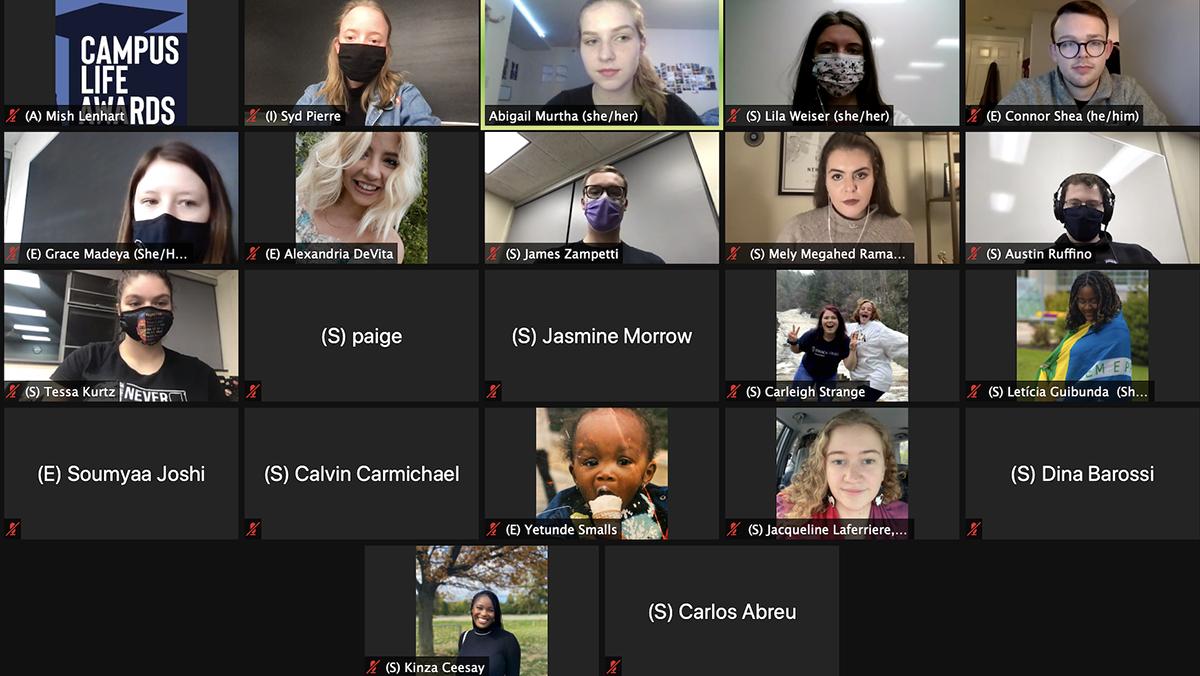 Courtesy of the Student Governance Council
A vote of no confidence is held when groups on campus, like the SGC, the Faculty Council and the Staff Council, feel that the president or administration is ineffective at running the college.
By Syd Pierre — Staff Writer
Published: March 9, 2021

The Ithaca College Student Governance Council (SGC) discussed a vote of no confidence at its March 8 meeting.

The SGC voted 15–0 with no abstentions to move into executive session during the Open Agenda portion of its meeting. It went into executive session for over an hour and discussed the possibility of holding a vote of no confidence. Members of the SGC would not confirm who or what the possible vote would be against. The meeting agenda stated that there was a “Vote of No Confidence Discussion” under the Campus Climate section of the Open Agenda.

A vote of no confidence is held when groups on campus, like the SGC, the Faculty Council and the Staff Council, feel that the president or administration is ineffective at running the college. These votes are symbolic because the Ithaca College Board of Trustees is the only group with the power to remove a president from their position.

At its March 2 meeting, the Faculty Council discussed holding a vote of no confidence against the administration amid the Academic Program Prioritization (APP) process. As part of the APP, 116 full-time equivalent faculty positions, entire departments, majors and programs, will be eliminated. President Shirley M. Collado and La Jerne Cornish, provost and senior vice president for academic affairs, approved the final proposals for the cuts Feb. 24.

Senior Abigail Murtha, senate chair for SGC, said the executive session was only a discussion and no formal votes took place.

“No primary individual led this discussion, and it was more of a sharing of thoughts and information,” Murtha said via email. “I am thankful for the senators and executive board members for sharing and engaging in conversation during this time.”

Senior Connor Shea, president of the SGC, said the SGC talked about a separate vote of no confidence from the previous bill it passed directed toward the “Shape of the College” proposal made by the Academic Program Prioritization Implementation Committee (APPIC).

The SGC passed a resolution expressing no confidence in the “Shape of the College” proposal at its Feb. 22 meeting. The bill requested that the implementation of the proposal be stopped to include more student, faculty and staff input.

The administration said they received the resolution Feb. 26, but the final recommendations were approved two days earlier.

Freshman James Zampetti, School of Humanities and Sciences senator, said he did not want to address what was talked about in the executive session because it was a sensitive topic. He said nothing was concretely planned.

“The main reason why I wanted to bring it up was because I just wanted to see how other senators felt about the idea, just to gauge the room,” Zampetti said. “I definitely heard some constructive feedback from everyone on both sides.”

Zampetti said he would not confirm who the possible vote of no confidence could be directed toward and if the vote would happen in the near future.

“It is very much still up in the air right now,” he said. “[It’s] really is just a matter of how applicable it is and whether or not it’s redundant to the past bills that we’ve passed.”

Students held a no confidence vote against former president Tom Rochon in 2015 after students held protests against racism on campus, and the college community believed that Rochon was unfit to change the campus climate and lead the college. The results of these votes showed that the majority of staff, students and faculty had no confidence in Rochon.

The SGC also passed the Appropriations Prize Amendment with a vote of 15–0 with one abstention. The bill amended the Appropriations Prize and Merchandise Funding Bill, which was passed at the SGC’s meeting Oct. 26. The bill stated that the SGC would fund prizes for events held by student organizations if all attendees could win prizes and the amount funded for prizes did not exceed $200.

Madeya said the Appropriations Committee decided the rule was too constricting.

“We have so much funding left, so hopefully this can allow more people to make use of this and request prizes for their orgs,” Madeya said. “Hopefully this will also encourage more students to come and participate.”

Madeya said the committee currently has $167,248.81 remaining in funding for student organizations.