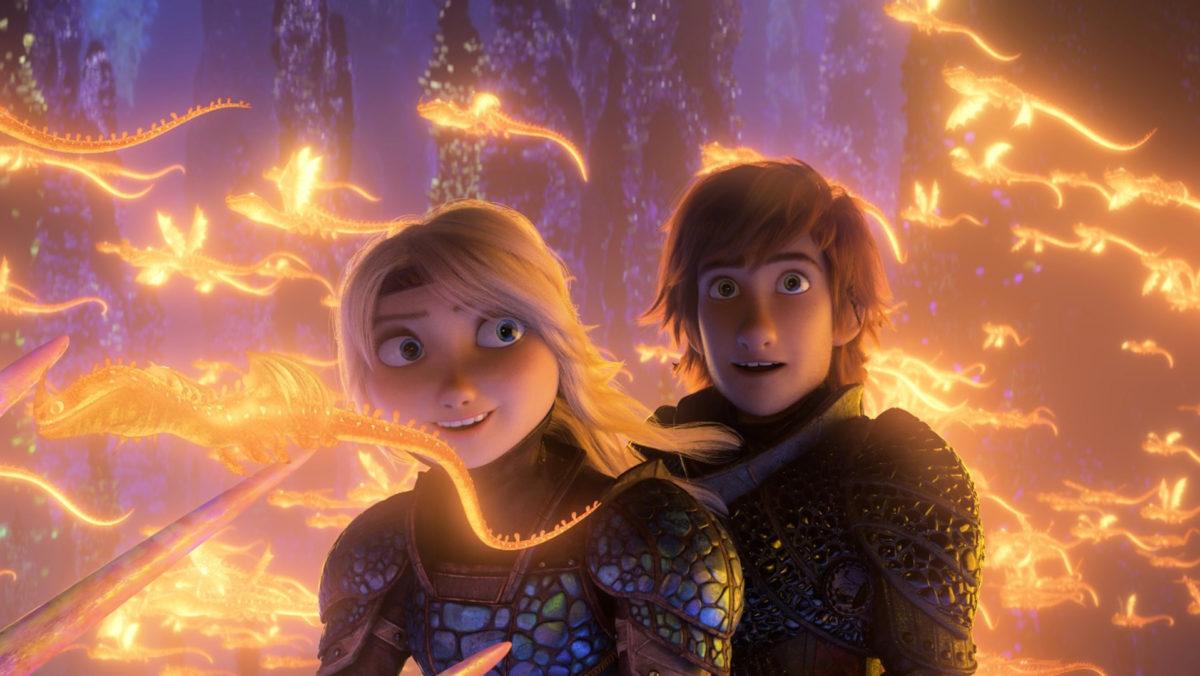 DreamWorks Animation
"How to Train Your Dragon: The Hidden World" is an animated treat and is a standout from all other DreamWorks Animation sequels. The movie elaborates on the previous movies elegantly and offers in-depth world-building.
By Avery Alexander
Published: March 3, 2019

How to Train Your Dragon: The Hidden World

DreamWorks Animation is infamous for cranking out sequel after sequel. The company beats its franchises to death with its rapid-fire movie series that are sometimes, at best, questionable in quality. “Shrek” — which received three sequels and one spinoff — is just one example of DreamWorks not knowing when to quit. However, “How to Train Your Dragon: The Hidden World” breaks this cycle of iffy prequels and sequels and is a true compliment to DreamWorks’ repertoire.

It could be easy to get lazy with the “How to Train Your Dragon” movies considering the franchise has existed for nine years already and has two other movies. But it is clear that the animators, voice actors, music coordinators and screenwriters put just as much, if not more, love, work and time into this third film as in the first two. In fact, “How to Train Your Dragon: The Hidden World” is anything but lazy.

The obvious praise to be given first is for the absolutely magnificent animation. The world of “How to Train Your Dragon” is built almost entirely on fantasy, so the creators had the task of crafting a unique world with its own rules, biology and physics. The amount of thought that went into formulating everything is astonishing. Each dragon species featured in the film — and there are many — has a completely different way of moving. The consideration put into the habits, movements and anatomy of so many variations of these fictional creatures brings them all to life. Through animation, the creators are able to bring a completely believable, yet totally fantastical, creature to life.

It is not just the animation of the dragons that is breathtaking either. Some things as mundane as the beards and hair of the characters, the sand on the beaches and the leaves on the trees are just as beautiful and believable. Aspects and pieces of the animation feel almost real enough to reach out and touch.

The landscape shots are an example of where the animation really shines. The close-ups on the characters and setting are nice, but none of it is as stunning as the wide, sweeping images of the ocean, mountains and sky. Everything feels vast. The characters are tiny in the world they exist in, and it makes the entire setting feel old, grand, massive and overwhelmingly beautiful.

The animation, while already splendid, is boosted by the lighting department. The people in charge of lighting in animated movies are hardly given the praise they deserve, and for this movie, they deserve it more than ever. The lights set the mood of each scene and contribute to the emotions of the characters themselves. The lighting people create the illusion of real light, and it isn’t just one-note — the lightning differs from the fire, and the fire differs from the fireflies.

The screenwriters pulled out all of the stops too, just like the animators and lighting department. The “How to Train Your Dragon” movies already have incredibly strong lore and world backing them, so it seems impossible that anything new could be introduced. Despite this, “How to Train Your Dragon: The Hidden World” builds much onto the history of the setting. The world-building is impeccable and adds layers to the experience. The writers give the viewer a perfect understanding of the way the world’s history has played out and the culture the main characters are a part of.

The world-building goes hand-in-hand with elaborating on character relationships. Developing the characters and their relationships is a huge part of “How to Train Your Dragon: The Hidden World,” and the franchise itself, and with this third entry into the series, the character building is done gracefully and naturally. Hiccup (Jay Baruchel) is in a longtime relationship with his girlfriend and the best warrior in the village, Astrid (America Ferrera), and the movie takes time to explore the struggles of their relationship much more than the previous two films did. The relationship growth doesn’t just stop at human relations either, as the animation delves into the deeper relationship between Hiccup and Toothless, Hiccup’s dragon who is also his best friend, as well as everyone’s relationship with their own dragons. By focusing closely on relationship dynamics and friendships, “How to Train Your Dragon: The Hidden World” is set up to tug at the heartstrings — and it does, indeed.