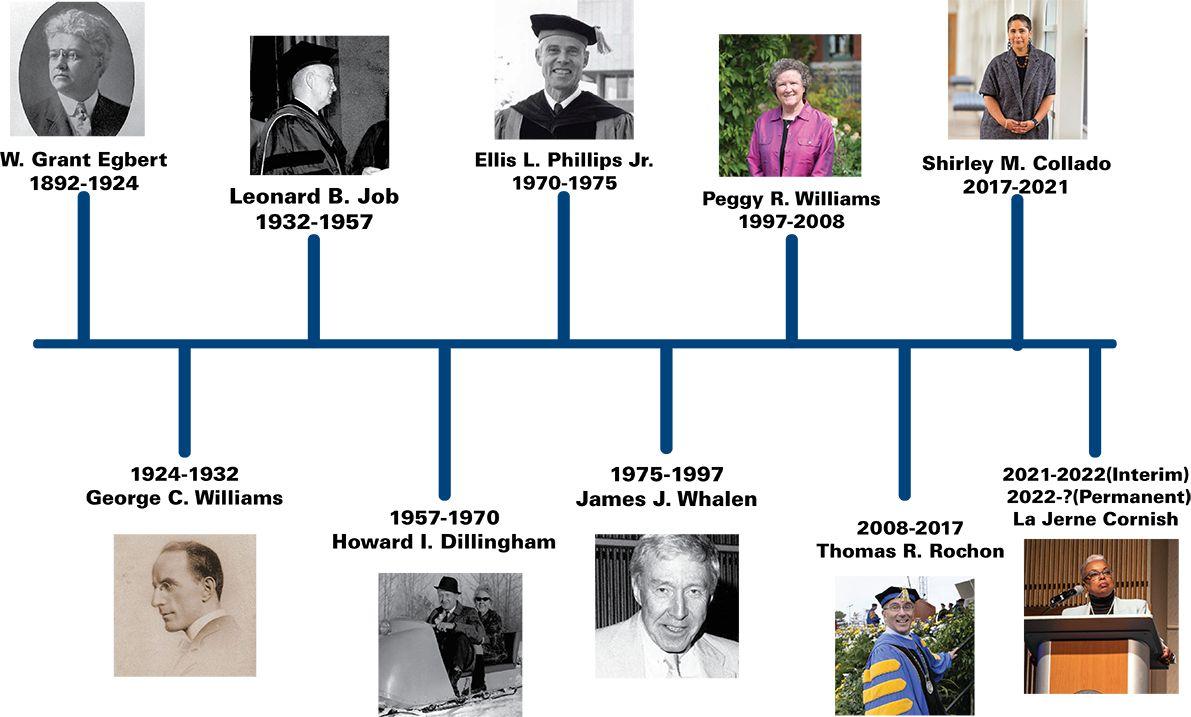 While many members of the Ithaca College community are happy to have a president who is familiar with the college and can provide consistency, some are raising concerns about the transparency of the presidential search process.

Dave Lissy ’87, chair of the Ithaca College Board of Trustees, announced March 7 that the board unanimously voted to name La Jerne Cornish as president. She had been serving as interim president since August 2021 after President Shirley M. Collado resigned. Collado brought Cornish to the college in 2018 to serve as provost and senior vice president of academic affairs. In summer 2021, Collado then promoted Cornish to provost and executive vice president. Collado then proceeded to step down from her position and served as adviser to the board of trustees and interim president and became President and Chief Executive Officer of College Track in January 2022.

During her time at the college, Cornish spearheaded the implementation of Ithaca Forever, the college’s five-year strategic plan, and she oversaw the beginning of the Academic Program Prioritization (APP) process, which is currently in its second phase. The first phase has resulted in the ongoing elimination of 116 full-time equivalent faculty positions and a number of departments, majors and programs. Both Cornish and Collado approved the “Shape of the College” document in February 2021, which provided the recommendations for the cuts.

In response to the decision to partner with an executive search firm, the college’s chapter of the American Association of University Professors (AAUP) released a statement expressing concern about the lack of transparency regarding the decision to use a search firm, the fact that the board of trustees and the search committee rejected the AAUP’s call for shared governance and that the search was not declared open or closed. The Presidential Search Committee and the board of trustees never disclosed whether or not the search was open or closed.

“Every candidate received serious and thorough consideration,” Fleischer said. “In the final analysis, Dr. Cornish rose above the rest. Her professional experience, leadership skills, personal qualities and demonstrated track record of persevering through difficult times elevated her above the other very accomplished candidates.”

On March 9, the IC AAUP released a statement welcoming Cornish as president but expressing concern about the lack of transparency regarding the presidential search process.

“When the Board or upper administration engages with other constituencies, they do so primarily on their own, largely monologic terms: in lengthy presentations that leave no time for meaningful discussion; in smaller meetings and listening sessions for which there is little to no follow-up; and in surveys and questionnaires that produce results typically shared directly with only a small number of employees,” the AAUP said in the statement.

Thomas Pfaff, professor and chair of the Department of Mathematics, criticized the administration for conducting a reticent presidential search during a Faculty Council meeting March 8.

“We knew nothing about it,” Pfaff said in a March 9 interview. “The search was completely a secret. During the search for President Collado … some constituents on campus got to interact with potential presidential candidates. Now, there’s been a complete lockdown. The president’s search committee was put together and we didn’t really hear anything until the announcement. … That seems problematic to me.”

Dan Breen, president of the IC AAUP, expressed disappointment with the inconsistent communication that took place during the presidential search.

“The most important question — whether the search would be open or closed — was never publicly answered,” Breen said.

At the March 7 presentation, Lissy spoke about how he thinks Cornish is the right candidate for the right time.

“She’s as clear-eyed about the challenges this place faces as she is excited about the many opportunities we have to reach our full potential,” Lissy said.

Cornish said she intends to continue to lead with the Ithaca Forever plan. The plan was launched in October 2019 and is now in year three of its five years. Cornish said that once the two years are up, the college will create another strategic plan.

Senior Letícia Guibunda, vice president of campus affairs for the Student Governance Council and member of the Presidential Search Committee, said the college and world has gone through many changes during her time as a student, resulting in students having to chase after and establish new normals for themselves.

“I’m really glad that IC will now have President Cornish as our next leader for the institution because she really recognizes and cares about all the things that students have had to deal with throughout the years,” Guibunda said. “She has really shown serious intention behind wanting to make this school a place where everyone can sincerely feel and have a sense of belonging and a sense of community.”

At the March 7 SGC meeting, members of the council voiced their happiness regarding Cornish’s appointment.

“I think it is the right move considering she has been here for the past four or five years now, so she has a good grasp of the challenges that face the institution,” senior Carlos Abreu, vice president of academic affairs for the SGC, said.

Sophomore James Zampetti, vice president of communications for the SGC, said that Cornish attended an event held in Fall 2021 for students to speak about their mental health just to listen to students.

“She doesn’t just talk about caring for students, she goes out of her way to show and act on her commitment,” Zampetti said. “I’m really excited to work with her in the next couple of years and she’s a great fit for the position.”

“We look forward under your direction and leadership, President Cornish, to the next best chapter of Ithaca College,” McNamara said.

In a March 7 LinkedIn post, Collado expressed her excitement for Cornish in this new position.

“It’s a historic day for Ithaca College as our legacy work continues with my Sister President Dr. La Jerne Cornish leading the college boldly into the future,” Collado said in the post. “My heart is full and I am so proud of La Jerne and IC.”

College Track said that Collado was traveling and could not be reached for comment.

There were mixed responses to Cornish’s appointment on social media.

“Here we go again!” Eric Rieseberg said in a comment on the college’s Facebook. “God save us! Final nails in the IC coffin. The trustees have just missed the final opportunity to sweep clean. They have indeed ignored their feedback loops and graduate questionnaires. I am totally done with them!”

“Very exciting 🎉 wishing her a happy and productive six months in office before the students find a reason for her to be forcibly removed!” user @butterscannon said in a comment on the college’s Instagram.

Pfaff said he does not see much enthusiasm from within the college community. He said that much of the low morale on campus is directly tied to initiatives that Cornish was involved in, like the APP.

“How did she move us away from that?” Pfaff asked. “Other than just … saying, ‘Well, we’re going to follow the Ithaca Forever,’ where somebody from outside that comes in kind of gets the benefit of the doubt, ‘Well, this new person, maybe they’ll change the direction, maybe things will go better.’ I think that where we are right now is that problem of the connection to what has gone on and whether people feel like she can change it or not.”

Commentary: The importance of an open presidential search