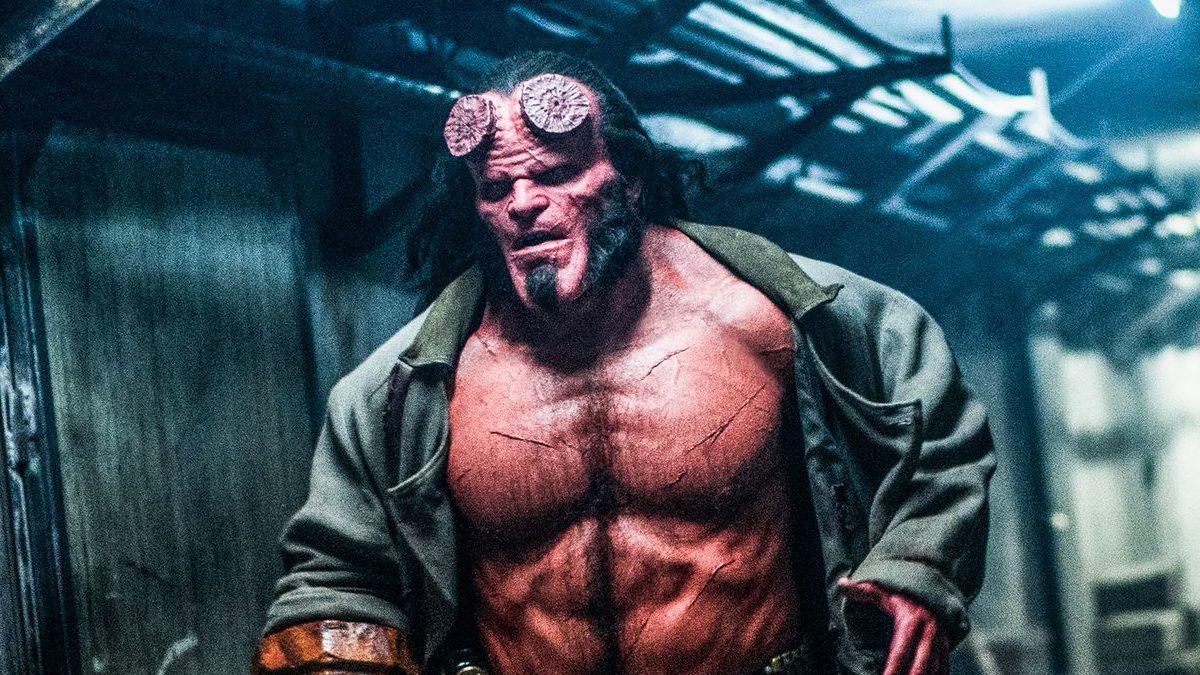 Lionsgate
The 2019 “Hellboy” remake has a messy storyline and unconvincing characters. The quality of the film feels cheap and lacks the same timeless quality as Guillermo Del Toro’s original 2004 adaptation of the comic book series.
By Jake Leary — Staff Writer
Published: April 22, 2019

Neil Marshall’s “Hellboy” (2019) has the aesthetic sensibility of a Hot Topic: It’s cheap, insincere and reminds you of other places you’d rather be and other films you’d rather see.

Marshall’s reboot follows Guillermo del Toro’s superior “Hellboy” duology, which captured the creeping, dread-filled intensity of Mike Mignola’s comics. Even as darkness drew near and evil grew strong, there was still an eerie beauty in del Toro’s world: Squamous, Cthuloid terrors and verdant, vine-draped behouths evoked pity as much as they did revulsion.

Hellboy (David Harbour), a demon summoned by Nazis, is all grown up. After emerging from Hell at the end of World War II, the beefy devil was adopted by folklore-literate Professor Broom (Ian McShane). His adoptive father trained and inducted him into the Bureau of Paranormal Research and Defense, a type of FBI to combat fairy–tale friends.

After decades on the team, he meets up with medium Alice Monaghan (Sasha Lane) and werecat Ben Daimio (Daniel Dae Kim) to destroy the dreaded Blood Queen Nimue (Milla Jovovich).

Childishness pervades the film, and Hellboy’s relationship with Broom suffers for it. While the comics and del Toro’s adaptation showed a kindly scholar whose overprotective ways irked his demonic son, the reboot injects Broom with a foul-mouthed machismo. McShane spends much of his screen time exasperated, cursing up a storm like a disgruntled ’80s action star. He’d only need an eye patch and ashy cigar to complete the image.

Harbour’s Hellboy doesn’t fare much better. It seems decades of life on earth haven’t cured his juvenile petulance. In scene after scene, he whines and screams, fits and moans until another hulking, hairy harbinger of doom appears for him to hit. Oh, and he quips: often and with unfortunate confidence — few of his doltish witticisms are worth a smile.

“Hellboy” comics work best as short stories: concise cross-culture explorations of magicians, monsters and other fantastical menaces. The film’s first half drags us from locale to locale, punctuating each investigation with a bloody skirmish and briefly evoking that feeling Mignola consistently conjured up.

But repetitive character designs and shoddy CGI conspire to strip the beasts of their powers. Some creatures resemble rejected “Lord of the Rings” concept art while others would fit comfortably on a PlayStation 2.

Only Baba Yaga (Emma Tate and Troy James), with her “Exorcist” walk, warped face and gleefully grotesque need to feed on kid fingers, captures fairy tales’ appealing blend of goofy terror. But her presence is short lived and vestigial — she hints at sequels and disappears.

Hellboy’s adversaries blur together into a muddy mishmash of flesh and claws. They’re neither scary or sympathetic, though the film makes passing attempts at showing humans as oppressors and monsters as oppressed. Nimue repeatedly asks why Hellboy blithely blasts his fellow beast. It’s a conflict Hellboy and Hellboy alone struggles to resolve. To the audience, it’s another question with an easy answer. They’re evil — all of them; clearly, cacklingly, flesh-rippingly evil.

Nimue wants revenge by way of an England-eradicating plague. The man-boar hybrid Gruagach (Stephen Graham) wants to murder Hellboy for indiscretions past. Baba Yaga wants to reclaim her stolen eye. The major players, pissed at Hellboy or humanity, want justice, but the crimes against them were rightfully committed. Before they were killed, banished or maimed, each was a murderer or thief. There’s nothing complicated about this merry band of genocidal maniacs.

Too much is crammed into a single movie — some lore-relevant characters appear for brief flashes, and others are wholly absent. This condensation comes from writer Andrew Cosby’s choice to compress several late “Hellboy” arcs. Pieces of “The Wild Hunt,” “The Corpse,” “Darkness Calls” and “The Storm” all crop up in unsatisfying and often incomplete ways. And by choosing later stories, Cosby misses years of buildup in favor of getting right to the good stuff.

From horns to hooves, “Hellboy” (2019) tries to be a heavy metal, rock and roll, badass, good time. But a talented cast, capable director, and liberating R rating can’t lead this demon to salvation.